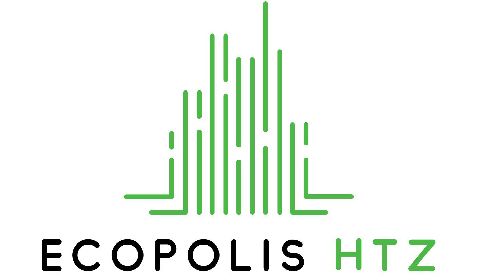 DCH group owned by Aleksandr Yaroslavskyi and Kharkiv city government will establish the manufacture of trams based on Ecopolis HTZ. The message about this was posted by Hennadiy Kernes, mayor, in Telegram.

‘How the work on the project is to be done with DCH was agreed today at the City Hall. Aleksandr Yaroslavskyi, businessman and ideological inspirer of Ecopolis HTZ, Andrei Koval, General Director of the Kharkiv Tractor Plant and representative of Ecopolis HTZ, Evgeniy Vodovozov, my Deputy for Infrastructure of the city and Mikhail Lazarev, Head of the Reform Office attended the meeting. We, the city and DCH/Ecopolis HTZ, will completely update not only the Kharkiv tram fleet but also the entire rolling stock of tram transport in Ukraine by working as one team,’ the mayor wrote.

The mayor of Kharkiv also mentioned that one of the largest enterprises of Kharkiv, ELECTROTYAZHMASH plant, which specializes in the manufacturing of hydro- and turbo-generators, as well as electric traction equipment for railway and urban transport, can also be supported due to the ‘tram project’ at HTZ.

Work on the project begins with the necessary technical documentation. The next stage is the preparation of manufacture and its capacities. The first Kharkiv trams are planned to be released not later than in 2 years.

According to DCH, Aleksandr Yaroslavskyi plans to invest about EUR 5.5 million in the manufacture of modern low-floor trams. Engineering and consulting support for the project will be carried out by foreign partners.

According to experts, the rolling stock of tram vehicles in 14 Ukrainian cities using this type of transport is seriously outdated. More than 90% of cars are over 20 years old, and more than 50% require urgent replacement. Currently, used equipment is imported from the EU countries to Ukraine.

As it is known, the Kharkiv Tractor Plant has been part of DCH investment portfolio since 2016. The volume of sales of goods amounted to 16% in 2019, and the company implements an investment program to modernize production with a total value of $10 million.

Ecopolis HTZ is a long-term investment project of DCH group owned by Aleksandr Yaroslavskyi, involving the deep redevelopment of the HTZ territory. It will create a fundamentally new innovative business ecosystem of a world level for the development of high-tech production, business, and research. The planned investment of $1 billion will provide Ukraine with at least 13 thousand new modern jobs. Ecopolis HTZ was named one of the key projects of the development strategy of Kharkiv for 2020-2030.